the music of Van Morrison 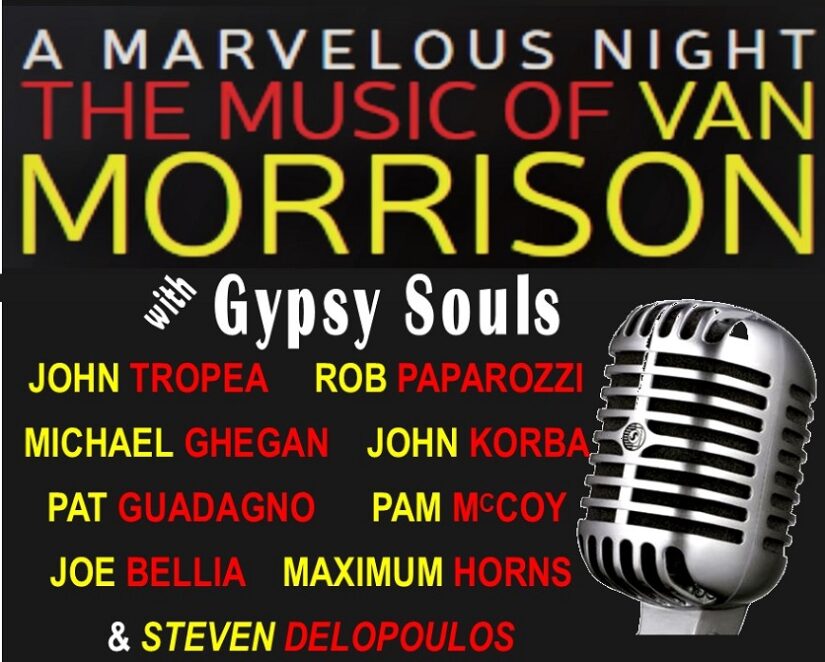 Tropea joins Front-man Rob Paparozzi, Crooner Pat Guadagno and a stellar ensemble of musical nobility, Gypsy Souls, to deliver the music of Sir Van Morrison as only they can.