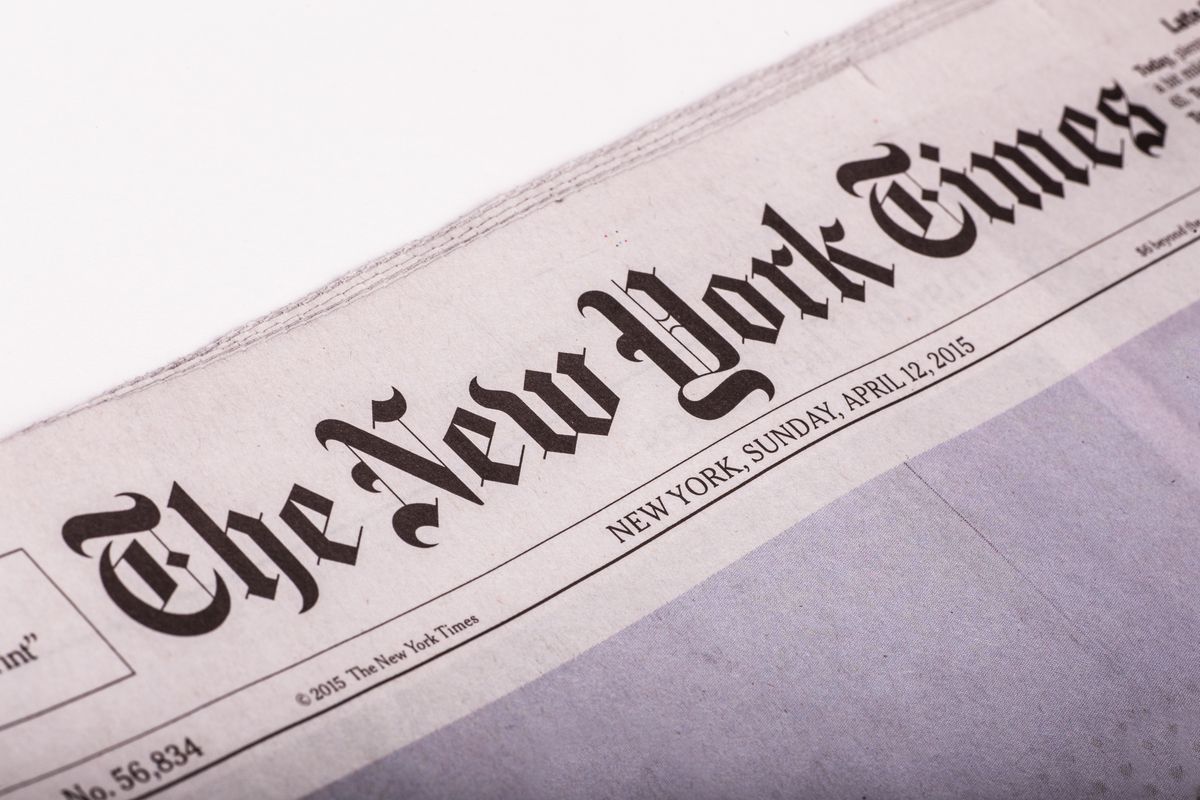 IN 1988, according to the American Almanac of Jobs and Salaries, Whitney Houston earned $6 million. Jon Bon Jovi earned $15 million. Bruce Springsteen earned $34 million.  Unlike his more famous New Jersey contemporaries, the singer and guitarist Pat Guadagno earned considerably less. But, like Ms. Houston, Mr. Bon Jovi and Mr. Springsteen, Mr. Guadagno counts himself among the lucky few who are able to work full time in a field that is more calling than career.

“I’m real proud of what I do,” he said. The 38 -year -old father of three puts in five or six nights a week performing in bars and restaurants from Plainfield to Princeton, often doing two “gigs” in a night before heading home to Matawan.  A rhythm guitarist and vocalist whose repertory spans decades of blues, rock, country, folk, pop and soul music, Mr. Guadagno specializes in surprising listeners with unfamiliar songs he has carried home from the clubs of Nashville and Martha’s Vineyard.

There is no play list and no plan, save for his commitment to keeping his audience entertained as they eat, drink and try to be merry. One minute, it’s Leo Kottke; the next it’s Kermit the Frog.  He never calls it playing. He always calls it work. But it’s the kind of work he has wanted to do for as long as he can remember. Being a bar musician is a life of mirrors and smoke, of 2 A.M. dinners and long drives home.  It’s a life that can strain marriages and drain bank accounts. There is no sick leave, no vacation pay, no health insurance, no pension plan. And the income can be so uncertain that, according to a Columbia University survey, 77 percent of people in creative professions like music must work at other jobs.

But its disadvantages dim in the limelight, at the center of the applause. “I know a lot of people who would like to be doing what I do,” Mr. Guadagno said.  The sound of clapping hands is something he has been hearing since he performed for the first time with a three -piece band for his Cub Scout pack when he was 10 or 11. “The applause in the gym was deafening,” he said.  “I still remember how loud it was and what it felt like to have people clap for you.”

His earliest fan was his mother, who convinced him that he was talented despite the string of piano teachers he had frustrated by his difficulties learning to read music.  But it was his older brother, Mike, who inspired him to pick up the guitar. He remembers hearing his brother’s band for the first time at the Fair Haven Firemen’s Fair in 1963. Whenever his brother, who is now a district attorney, came home from college, Mr. Guadagno would ask him to teach him a few more chords. It took him a long time to learn the guitar, Mr. Guadagno said, but he had both an ear for music and the motivation to improve. “The first time I heard Jose Feliciano play,” he said, “I knew I wanted to play like that.”  So did a lot of other teenagers growing up along the Shore in the 1960’s.

Inspired by the example of British groups like the Beatles and the Dave Clark Five, teen age bands were playing at Y.M.C.A.’s, shopping centers, beach clubs and high school dances. One of those bands was Bruce Springsteen’s Castiles.  “I used to follow the Castiles, I first saw Bruce at a YMCA dance and I really admired him,” Mr. Guadagno said. “Even back then I knew he had something. We started following him around and watching what he did.” After a year at the Christian Brothers Academy in Lincroft, Mr. Guadagno transferred to Marlboro High School and formed his own band, the Glass Menagerie.  While he was “good when he had to be” at school, music had already become the focus of his life. “After school, we’d go out and start playing,” he said. “That was always what was on my mind.”  After graduation in 1971, he began performing professionally in clubs and coffeehouses like the Upstage in Asbury Park and the Hullabaloo and the Left Foot in Freehold with his band, the Candle Brothers, doing folk style music. “We did a three-hour Everly Brothers show,” Mr. Guadagno recalled. “But for some reason, we never learned ‘Wake Up Little Susie.’ “By day, he worked in the office of the family’s building materials business, founded by his grandfather. “I’d work in the business 8 or 10 hours a day,” he said. “I always showed up on time — a little tired sometimes.

But for Mr. Guadagno, music was no casual recreation. “I was driven to do it,” he said. Fortunately, his parents were always supportive. “It was never, ‘Choose this or choose that,’ ” Mr. Guadagno said. “I always did it with the blessing of my family.”  It was an exciting time to be a musician on the Shore. At night, his band was appearing at bars like the Stone Pony in Asbury Park, the Cove and the Peninsula House in Sea Bright and Ralph’s Bar and Gas Station in Holmdel.  “Every week somebody was coming up to our band and telling us, ‘You’re too good to be playing here, I’ve got some guy coming down to see you tonight,” Mr. Guadagno said. “It was always somebody’s manager or a friend of a friend.”  But while he was building a loyal following and earning the respect of his fellow musicians, the lightning of fame never quite struck.  “I was realizing that maybe I didn’t have what it took to be that big,” he said.

By 1981, he was performing regularly in Red Bank at Big Man’s West, a rock club founded by the saxophonist Clarence Clemons, a member of Mr. Springsteen’s E Street Band. Mr. Guadagno was appearing with musicians like Gary U. S. Bonds, Rick Danko, Stevie Ray Vaughn and B. B. King. A Decision on Career In 1987, his father died and the family business changed hands. For the first time, he had to make a choice about what he wanted to pursue.  For 15 years, the perils of living a musician’s life had been tempered by the stability of his daytime job.  Now he was 34, with a family to support. Nevertheless, the choice wasn’t difficult. “It was actually the only thing I could do,” Mr. Guadagno said. “I knew I didn’t want to go into the cement business. But it was kind of tough making that jump from part time to full time.”

Since then, he said, most of his work has come to him by word of mouth.  “I’ve never passed an audition in my life,” he said. “Places hire me and I stay there.” A weekend gig with the Candle Brothers (composed of his high school band mate Frank Sabo and Phil Rizzo, formerly of the Shore band Guildersleeve) at Casey Jones Restaurant in Long Branch led to a year’s engagement there.  He has played Thursday nights for five years at Magoo’s in Matawan, and for three years at Danny’s Italian Restaurant in Red Bank. He has played the Poet’s Inn in Old Bridge for the last five winters.  He also performs a few times each summer at the Garden State Arts Center reception center and the Rare Duck in Martha’s Vineyard and at showcases in Nashville, where a friend and former band member, Daniel Petraitis, relocated. “I love to get on the road,” Mr. Guadagno said. “I like to go and play different places and get away from here.”

Wherever he plays, he still encounters people who think they can make him a star. “There’s always someone coming in to hear you, saying I told so and so about you,” Mr. Guadagno said. “This guy knows that guy; someone’s uncle is the record business. A few years ago, it began to be kind of funny. It’s amusing to hear some of the stories and see some of the relationships. Everyone wants to help you.”  But Mr. Guadagno’s definition of success is a lot less starry eyed than it was in the days when every teenager with a guitar dreamed of being on “The Ed Sullivan Show.”

“Success is being able to work at what you love , take care of your family and still pay the mortgage” he said. And by that definition, he’s doing fine.  “People think you’re still struggling, still trying to make it,” he said. “Even my mom when Burt Bacharach popped in to hear me a few weeks ago, she said, ‘Do you think Burt could do anything for you?’ I’m not struggling at all.”  And when he sits down on the stool behind the bar at Danny’s Restaurant and picks up his guitar, he sometimes feels as though he’s a bus driver, about to take his listeners on a tour. “It goes to a lot of different places, and people start shouting out ideas and ways to go, but for the most part, I think I’m always in charge,” he said. “I’m Ralph Kramden.”

The musical journey is always an unpredictable ride, veering from Jimi Hendrix to Nanci Griffith and from Leonard Cohen to the Doors. He always credits the songwriter after each song.  Sometimes he’s aware of an odd communion with the audience. He’ll find himself playing a song he hasn’t thought of in years only to have someone tell him that song had a particular meaning for him. Once he was playing a song from a now obscure 60’s group only to discover that the bass player of the long gone group was in his audience that night.  Because of such moments, he’s learned to trust the choices he makes as the night wears on. “It doesn’t happen all the time,” he said. “But it happens too often for it to be a coincidence.”  He doesn’t worry a great deal about growing too old to perform. “Every Memorial Day I see the Happy Days String Band with the octogenarians playing guitar,” he said. “I know there’s always going to be an empty chair there for me, so I can be playing guitar when I’m 80.”  “You can never get enough of it,” he said. “No matter how many people are clapping for you, you always want more tomorrow night.”